Brian Urlacher liked a picture that said free Kyle Rittenhouse. Kyle Rittenhouse is the white teenage male that took an assault rifle to a protest and killed 2 people and injured 4. Urlacher also wrote a Instagram post that basically called out NBA players for protesting and compared it to Brett Farve playing while after his father’s death.

So personally I won’t be using any of his cards this year unless he apologizes. And he was one of my favorite players last year. 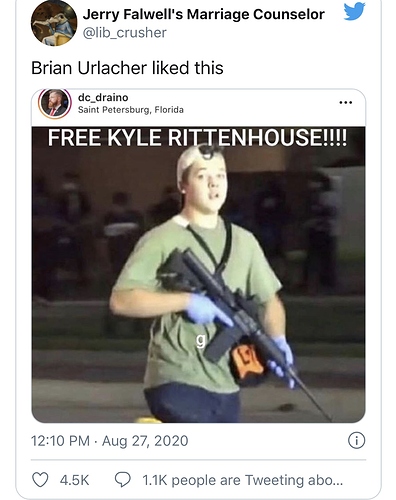 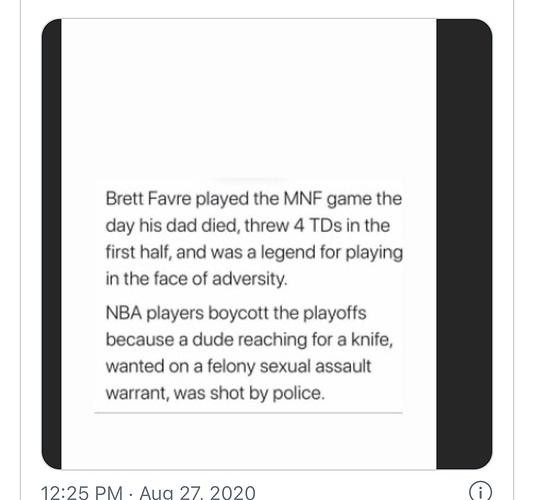 Ya his comments kinda changed how I feel about him. People have their opinions and that’s completely fine but he missed the point entirely. As a fellow UNM alum, it stings a little.

I try not to confuse the artist with the art generally, but there are also people I don’t respect or dislike where something like this would make me boycott.

I attended Urlachers summer camps here in NM when I was a kid, I’ve listened to him speak at UNM and HS events and had the utmost respect for the guy. UNM and the state of NM have always been very accepting and diverse and really push inclusivity. The ppl that come out of the university are generally very socially minded. I’ve heard him speak on this. It really takes me by surprise.

These are really trying times for us as a country and as a society rn. Things are contrasted to the extremes. It sucks.

He was one of the best defensive players I’ve ever seen, but he missed the mark completely

Some people are just stupid sometimes on some matters, sometimes it does include us as well. But hating each other and being divided is exactly the things that people like Trump loves to see it. It drags people from the real problems.

Or when I stopped rocking turbans because of Nick Cannon

I welcome viewpoints from both sides of the aisle, personally, and think we all have more in common than not. While I agree these are important issues and are worthy of discussion, if people want to discuss things like this, please try to do so with the knowledge that some of our brothers here hold some different beliefs and affiliations, and that all viewpoints are welcome if presented in a thoughtful and civil manner.

1 shot in the arm (he was holding a gun in that hand, by the way), and who are the other 3 injured?

I’m not going to defend Rittenhaus, but I think that chasing an armed man wasn’t the brightest idea. When Rittenhouse fell to the ground an unknown protester jumped and kicked him in the face, then Huber hit Rittenhouse with a skateboard and got shot immediately - this is a Darwin award nominee right here.

That was a mistake. It was 1 killed and 2 injured. I haven’t seen any reports of anyone besides the shooter holding a gun. Imo it sounds like Kyle Rittenhouse was looking for trouble. Explain to me why a 17 year old white male would be flaunting an assault rifle at a black protest.

A 17 year old isn’t even legally able to own a gun, let alone carry it in public amongst crowds of people. Police should have arrested him for that alone. Instead you have a 17 year old that kills someone and shoots 2 others.

I believe it was two killed, one injured.

From what I read, he killed one guy first by shooting him the face which I don’t know if was on camera or what the situation was, and then the second guy with the skateboard by shooting him in the chest, and then shot the guy in the arm who brandished the pistol.

I also haven’t read definitively why he was “protecting” the specific business. I read he may have worked in Kenosha and was about a half hour drive from his home in the neighboring state. I’ve seen claims it was his grandfather’s business, but I don’t know if that’s accurate.

The problem that I have with this sort of vigilantism is that the legal penalty for vandalism, destruction of property, assault/battery, or looting is not death. This kid is not trained to know when the use of lethal force is appropriate, and it’s clearly inflammatory to be walking around with an assault rifle in the middle of a protest. It’s like George Zimmerman following Trayvon Martin around until Trayvon was so spooked he attacked George, and then George shoots the kid. Whether or not George was within his legal rights to shoot based on fearing for his life, he created that situation.

I do agree that attacking somebody brandishing a gun is taking your life in your hands, regardless of whether or not that attack may be justified. I could not in good conscience put myself at risk by getting in the middle of these protests, I have a 3 year old and family for which I’m responsible. 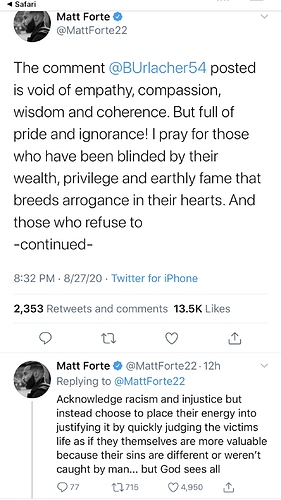 Explain to me why a 17 year old white male would be flaunting an assault rifle at a black protest.

All 3 guys that he shot (2 fatally) were white

A 17 year old isn’t even legally able to own a gun, let alone carry it in public amongst crowds of people.

These comments aged well. Lol. Kyle Rittenhouse was being attacked and had every right as an American to defend himself from communist sympathizers.